At a time when everyone is trying to collect and dry seeds for next season, I am thinking about tea. Mint tea to be exact and to be even more exact, it isn’t really a tea at all. It’s an infusion, as tea only comes from a tea plant (Camellia sinensis). Although it would appear anything with a leaf which gets infused into ‘tea’, answers to ‘tea’, it should actually be termed a tisane. Tisanes do not contain caffeine. My Indian Mint (Satureja douglasii) will be due to go into a period of dormancy, so not only am I taking cuttings from it, I want to use its leaves as well.

When I became a coffee drinker, coffee wasn’t just as popular as tea, so we tended to have instant coffee. What a difference in flavour when my ‘instant’ was replaced with percolated coffee and I never looked back. My dislike of tea extended to the smell of it, I just couldn’t stand that either. I also moved on to herbal tisanes, but again I had to make do mainly with ‘teabags’, although they do come in all sorts of flavours, so there is a varied choice.

Things changed a little bit again, when out shopping and we called into a tea room which served chamomile ‘tea’, so I opted for that. It came in a teapot, no teabag, but the real thing, the leaves and flowers brewing in the pot. What a difference in flavour! Normally I would only have one cup of herbal ‘tea’, on this occasion I had the whole pot. Now I grow plenty of herbs, I too, can have a flavoursome choice of fresh leaf, herbal tisanes.

Because of my love of coffee, I am given numerous gifts of things like coffee mugs, chocolate covered coffee beans etc. and even a coffee bush. I don’t expect to get coffee beans from the bush, we don’t have the right weather for it to produce anything. For the time being, it’s treated as a houseplant but it won’t be long before I find a more suitable venue for it. 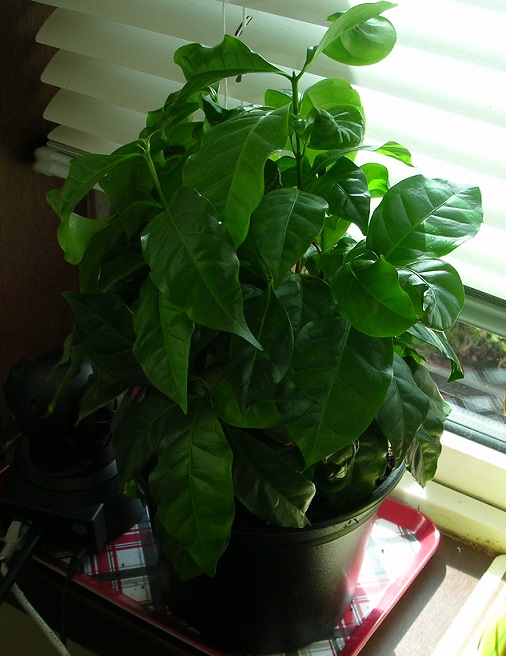 Having thought of coffees and teas and visitors who like drinking tea, I do always have quite a variety to offer, including the black fermented teas, which are familiar to everyone, as well as a selection of green teas and tisanes.

I don’t like saying never, so my thoughts of never drinking tea changed to ‘maybe’. I started off with green tea, Sencha Seaweed Wakame, a nice healthy drink, but then trying Sencha Vanilla was even better. My next venture was to try black tea, so China Rose was another slow introduction to tea, and I actually enjoyed it. As the name would suggest, it is China black tea blended with rose petals. The suppliers say it’s an excellent hot afternoon tea, and perfect, iced. You can smell the roses when it’s brewing but the roses bring a pleasant sweetness to the tea. The strange thing is, I still can’t stand the smell of the mass-produced teas in teabags. 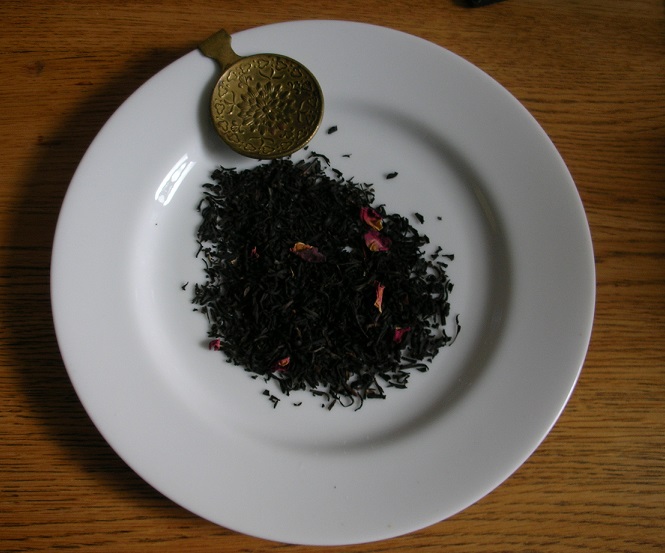 Now I need to get back to Indian Mint ’tisane’.

The long trailing stems of this beautiful, sweet-smelling plant provides plenty of leaves to dry. Although not a true mint, it shares its dislike of overfeeding and over-watering with the rest of the mints. It is so low maintenance, you can’t believe such a beautiful plant doesn’t demand more.

I don’t find the flavour so intense as other mints, it’s more subtle. I leave the leaves to dry off naturally and then store. Nothing else needs to be done, the leaves are small and roundish and can stay whole. It just means my Indian Mint can rest for a while over winter, before it comes back next year ready to throw out its green tresses. Nothing is wasted, you can enjoy this plant and its awesome fragrance in the summer, then enjoy ‘a brew’ from its leaves in the winter. A perfect plant.