My last blog made me think of the past and how we coped without pre-packaged food, without supermarkets and take-away eateries. How did we survive? Pretty well from what I can remember. Times were hard, there was no doubt about that, but that’s when we were at our best. Men were breadwinners, women were homemakers and some excelled in their accepted duties. 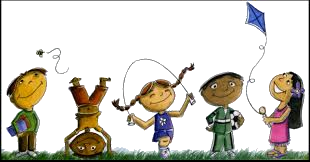 Children were what they have always been, little rascals, climbing trees and getting into mischief and not a computer or iPhone in sight. All part of the learning process of getting to know what was right from wrong and how to interact with people.

We were taught a lot about living, by our parents and grandparents and they were the best teachers in the world. My mother, in particular was fond of the garden but there had to be a practical side to it. The drying green was surrounded by a flower border and there was a dedicated vegetable patch. I don’t remember all the vegetables grown but they were fairly common standard British vegetables before cuisine was so International. There were leeks and cabbages, Brussels sprouts, potatoes, carrots and onions, all the delicious ingredients for making a hearty pot of soup. The greengrocers and mobile shops carried the more exotic imported fruits such as bananas and grapefruits as well as the locally grown produce. Anything that came out the ground was still dirty and unadulterated instead of the squeaky clean, designer vegetables we get today. I still hear people ask for ‘dirty carrots’, there seems to be a lot more taste to them.

When we moved to a bigger house, we had a greenhouse complete with boiler room. Not that the heating was ever used, we only grew a grapevine and tomatoes and most of my mother’s plants had the choice of live or die, they weren’t mollycoddled in the least, except if any horses were seen in the street, she was out with pail and shovel to collect the prize fertiliser. The other thing I remember was, not so much food was wasted. The vegetables to be used were harvested on the day of requirement and the rest kept fresh in the garden until they were all used up.

The one thing that surprised me though was more use wasn’t made of the leaves of some of the vegetables. I grew up never thinking that carrot tops, beetroot leaves etc. could all be eaten. Pea shoots could all have been eaten as well as leaving some of them to develop pea pods.

Seal)  reminding me of a giant lily of the valley with it’s long elegant arching stems and white bells. I’ve always found a space for it in the garden, wherever I’ve been but have only just discovered you can eat the young shoots which apparently are similar to asparagus.

way they are cooked and although they are cheap to buy, for a number of years I’ve planted potato bags. I’m always interested in space saving so this year I am trying potato pots. They are about the size of a tomato pot, double with the inner pot which has the sides removed. This allows you to check the progress of t

he potatoes, or take some without disturbing the rest and the theory is, because you are allowing the smaller potatoes to grow, you get more. I’ve already harvested the two bags I had but the pot was planted up much later and the the tops are still very green. It’s about two weeks since I last checked it but I would think it has a long way to go yet before they get to be a decent size.

I also wonder about planting potatoes for Christmas, the pots would certainly be a lot easier to handle and they could be lifted onto the greenhouse staging after the tomatoes are finished.

With all the innovative ideas of the present and lessons learned from the past, there is no excuse not to have healthier eating. Fresh vegetables without being chemically enhanced and modified, growing your own couldn’t be easier.