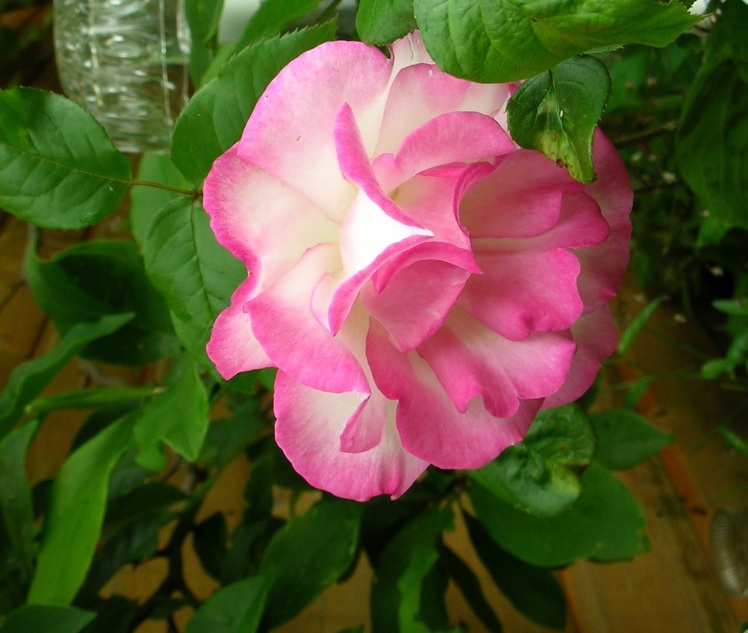 There are times in life when you know when you need to change direction. Having a small garden already means constant changes anyway, moving pots around, trying to make sure plants get a fair share of the sun. Unfortunately everything needs to work together and in this case, the sun apparently had gone elsewhere and left our little area cold and wet for most of the growing season.

Plants I had last year and wanted to grow again looked as if they had gone on strike. Though not abundant, I am getting some ripe tomatoes and I have cut a few cucumbers, both Passandra and the little, pale, oval Crystal cucumber. This is where it all ended. My Scottish version of an Amazonian jungle didn’t work for aubergines, the plant never grew more than 30 cms tall and the possible reason was, in fact, the abundance of cucumbers and their large, shady leaves which left the aubergine starved of vitamin D in the shape of sunshine.

I do like experimenting with plants, trying some I’d never previously heard of in a bid to add more flavour to any dishes which might be considered bland and in need of a new twist of flavour. Not making an appearance this year was the mini kiwi fruit, it’s a hardy plant and all it’s energy this year has been used in becoming a climber. I hope this is a sign that it’s preparing it’s support to hold the large quantity of fruit it will produce next year. It’s early growth was hit hard with late frosts and I thought I had lost the whole tree.

I was worried about how to protect the Lime Caviar tree, it is frost-tender 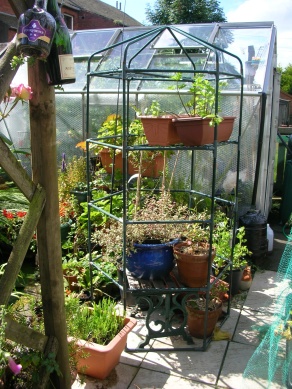 and I had already broken some of it’s branches when moving it in and out of the greenhouse. Our changeable weather had left me little choice. I needed the use of the greenhouse and it’s one inch long thorns were lethal. Never say die though, a gardening friend is moving house and I have fallen heir to one or two things from her garden which she can’t take with her. The hexagonal grow house, minus the plastic cover, is an ideal size to provide the little tree with a better framework to overwinter in, wrapped in fleece and bubble wrap, it will have a better opportunity to survive. There may also be room for at least half the shelving which would allow other chillier plants to share the shelter. In the meantime it’s a handy store. When it is in place, the tree will sit well within the frame and hopefully will get the protection it needs.

Of course I could change my mind, half the enjoyment of vertical or container gardening is having the ability to make changes without disturbing the plants. Perhaps next year will be our lucky year with a tropical summer, and I will want to pack every inch of space again and hope the heat will keep the gastropods at bay.