We just could not muster up enough heat or sunshine to ripen the Kiwano but at least I got three more fruits than I did last year. They should ripen indoors eventually but I consider it an achievement to get this far. For such a large, heavy, fruit, it hangs on a surprisingly fine vine and doesn’t take up a lot of valuable space. The wisdom of it is not to grow it overhead where you are likely to be working. Being struck by one of these fruits would be quite painful. I brought the largest Kiwano in and left it a bit too near the hob, where it started to ripen. The orange ring is the colour it should be when ripe. 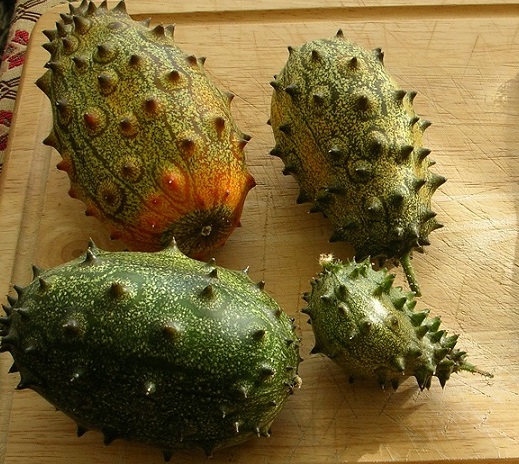 I can’t say much for the strawberry popcorn. Its little cobs never managed to ripen as they should, I only planted five in a pot and got five immature cobs from those. We did have sunshine but not at the right time. Although I did manage to get them, they are not dry enough yet to try popping them. I haven’t made up my mind if I will grow them again, I think that will depend on whether I have any viable seeds left. They do make a nice statement plant even without cobs. 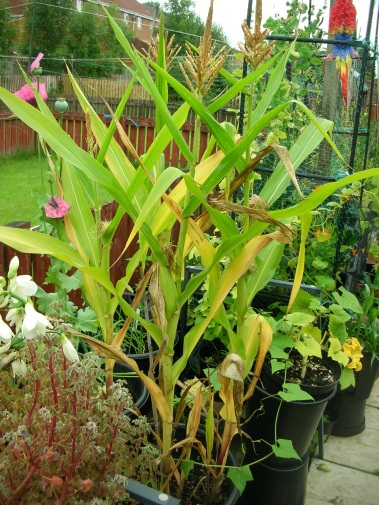 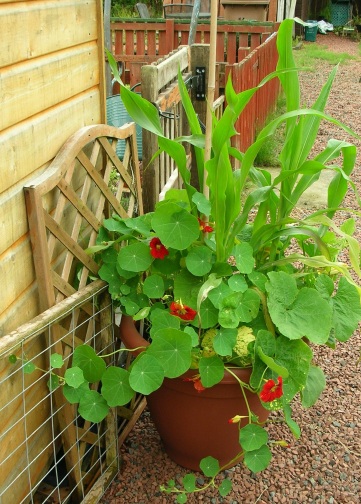 Nasturtiums, Strawberry popping corn and Chystanthemum coronarium in a pot 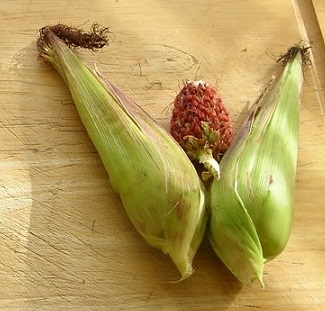 Later than usual making its appearance is Mexican herb, pipiche (Porophyllum tagetoides). Described as having a citrusy-cilantro taste but even if you don’t cook with it, it’s worth growing for its smell. Underneath the thin leaves are the oil glands which flavour food and produce an absolutely delightful perfume.

The flower of the pipiche is quite insignificant. The tiny cluster of filaments will help the seeds to float away once they open up. 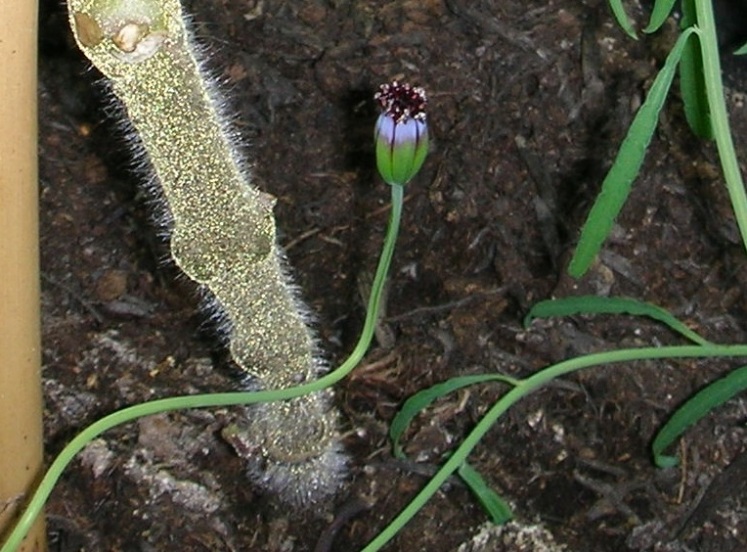 There are still flowers appearing on the ‘pepino’, but it is too late for fruit to develop. 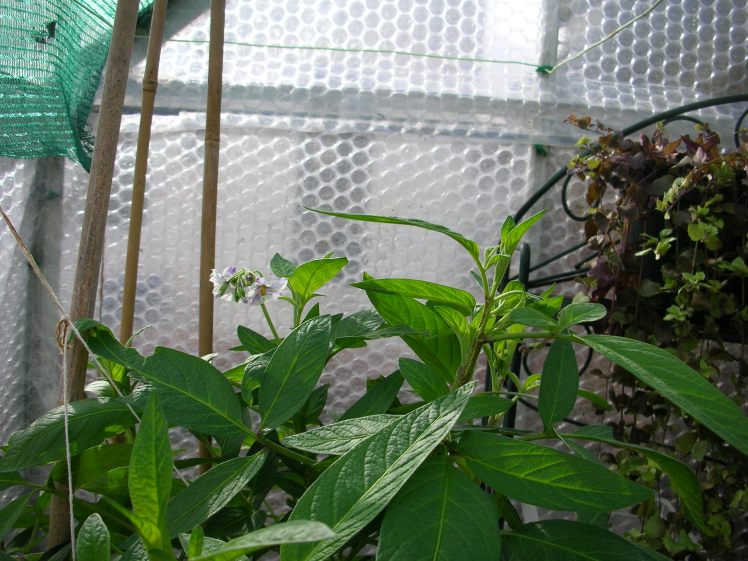 Aubergine Rosa di Bianca eventually gave me one aubergine but compared with the dark aubergines, Rosa does not have good keeping powers and did not hold its firmness for long. 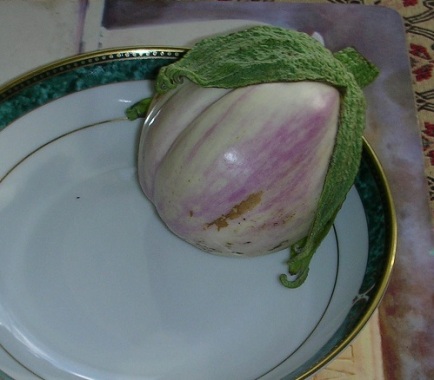 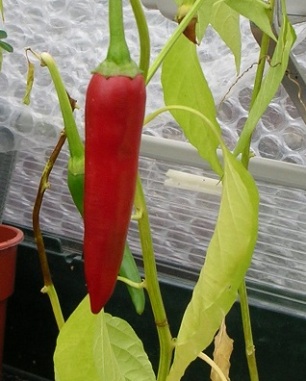 In spite of it being the end of the season, it is still nice to find the odd fruit still growing and defying chilly weather. There are still chilli peppers in the greenhouse, just turning red so they are chilli by name and chilly by nature it would seem.