I don’t think I’ve experienced such a bad summer before, I’m sure I would have remembered it. I have complained bitterly about the last two summers but this one is one that beats all. Lack of sun meant tomatoes ripening before they had reached a size which would make them recognisable as tomatoes. They have retained their taste but are so small you can now eat them by the spoonful!

Rather than moan about what didn’t grow, I do have something growing. The little cucamelons only made a feeble effort this year but are amusing little fruits as they turn up in some odd places. Their little tendrils reach out and they quietly and quickly wander around the greenhouse, hanging onto anything that gets in their way. 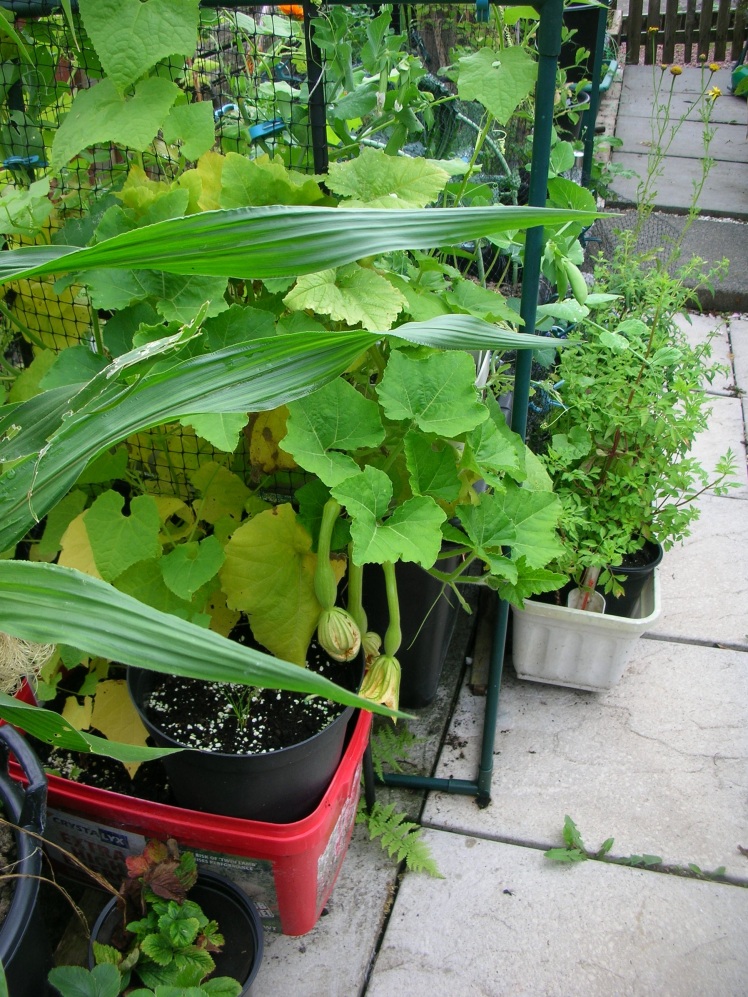 The Tromba di Albenga did well to start with, they always seem eager enough at the beginning but the little courgettes would only get to about five inches long when the slugs would get them. One escaped and far from being about a metre long, it struggles at 30 centimeters. I can only see two achochas growing, they are usually quite prolific.

Rosella tomatoes seemed to lack a little bit of the flavour they had last year so this year’s favourite has got to be Sweet Aperitif. Brads Atomic Grape is unusual. I ran out of bigger pots so they had to make do with smaller ones and they have still produced more fruits than I expected. They have taken a long time to ripen though. 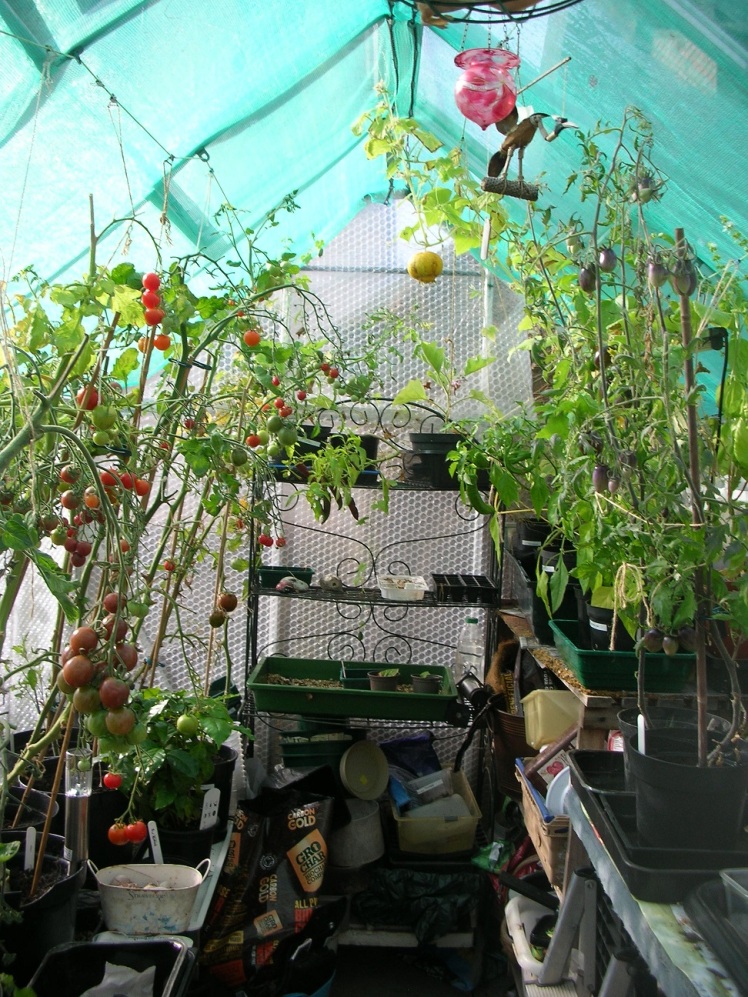 When I looked in the greenhouse it just didn’t seem quite ordinary, the tomatoes were fine but some of the other plants add a strangeness to what you would normally expect to see in a British greenhouse. Having defoliated some of the tomatoes, I can get a better idea of what is still to ripen. The tomatoes on the right of the picture are the peculiar shaped Brads Atomic Grape tomatoes, they are purple but will turn olive green when ready. They are delicious and I will grow them again, but in a more respectable size pot.

Lemon Chrystal cucumber has done reasonable well and one of them likes to be centre stage in the photo. They are very nice but in my attempts to restrict what I grow, I think I will stick to Passandra, the half-size cucumber next year. It’s a handy size and good flavour. Cucumbers don’t go to waste, if I can’t use them all, I pickle them. Another cucumber which looks totally different and tastes delicious is the Sikkim. I pulled one by accident thinking it was a green one going bad but in spite of it looking quite odd, it’s one of the nicest cucumbers I’ve tasted. The ones I won’t grow again are the snack size Merlin and Goblin, they taste nice enough but too small for me. 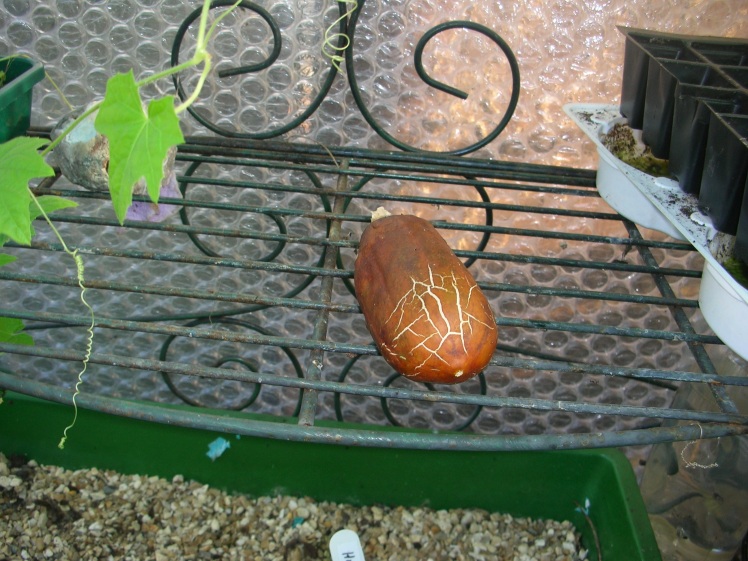 The kiwano is slowly ripening but I fear I may have to ripen them indoors. Chillies are ready but the sweet pepper, Nardello is still green. Pointed and a bit curly, they are reckoned to be exceptionally sweet.

I may have to put some heating on in the greenhouse to help these plants over the last hurdle as it is getting quite nippy during the longer hours of darkness. Already I have emptied the greenhouse of most of the tomato plants in readiness for a clean-up before winter.

I’m hoping to make a few changes next year, although with limited space my main concern is preserving some of the plants who make a big effort in a warm spring, only to be struck down with sudden hard frost. I’m hoping to come up with some cheap and cheerful answers to the problem.

2 thoughts on “The Weird And The Wonderful”