I should never be surprised when seeds, which have been put in five-litre water bottles and tossed outside, actually start to grow. That’s how nature intended it to be, not in plastic bottles of course, but to battle their way through winter for only the strongest to survive.

I am much later than normal at sowing seeds for cold sowing and I am trying a mix of seeds, to see which ones fare better, in this type of growing condition. Many of the plants we grow come from warmer climates, although even then, temperatures can plummet at night. It is hoped that they may not notice our climate doesn’t actually warm up a lot in daytime. Chilly nights, we can do.

Of my new seeds for this year for cold sowing,  are Chinese Pink Celery and Bok Choy Purple Lady. Tromba d’Albenga has been grown this way in the past, so it’s also in the bottle once again.

I have included Nasturtium, Black Velvet in my list, really to try to isolate them from the other Nasturtium seed pods I usually accidentally mix-up. I started sowing pea and bean seeds a few days’ ago but didn’t put them outdoors because it was too windy, and I didn’t want them blowing about. The peas have sprouted already. 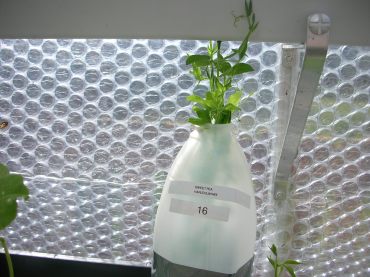 Sweet Peas in a two-litre bottle 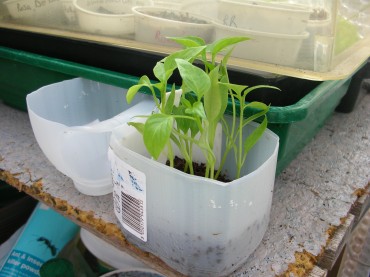 I use damp coir for the seeds, and keep the bottle tops off to allow rain and air in.

There are several containers which can be used for cold sowing. Smaller containers don’t have a lot of growing space, so seeds would need to be transplanted a bit quicker. The water bottles and two-litre milk bottles are probably my favourites.

The water bottles  can be used in many ways, not just for cold sowing and cloches. I tried the Kratky system of hydroponics last year and there was room for two net pots.

The smaller milk bottles make very good starter pots and they fit in nicely to the square bottomed gutter shelf I have in the greenhouse.

A sprinkler top on a drinks bottle is perfect for watering seeds and seedlings. 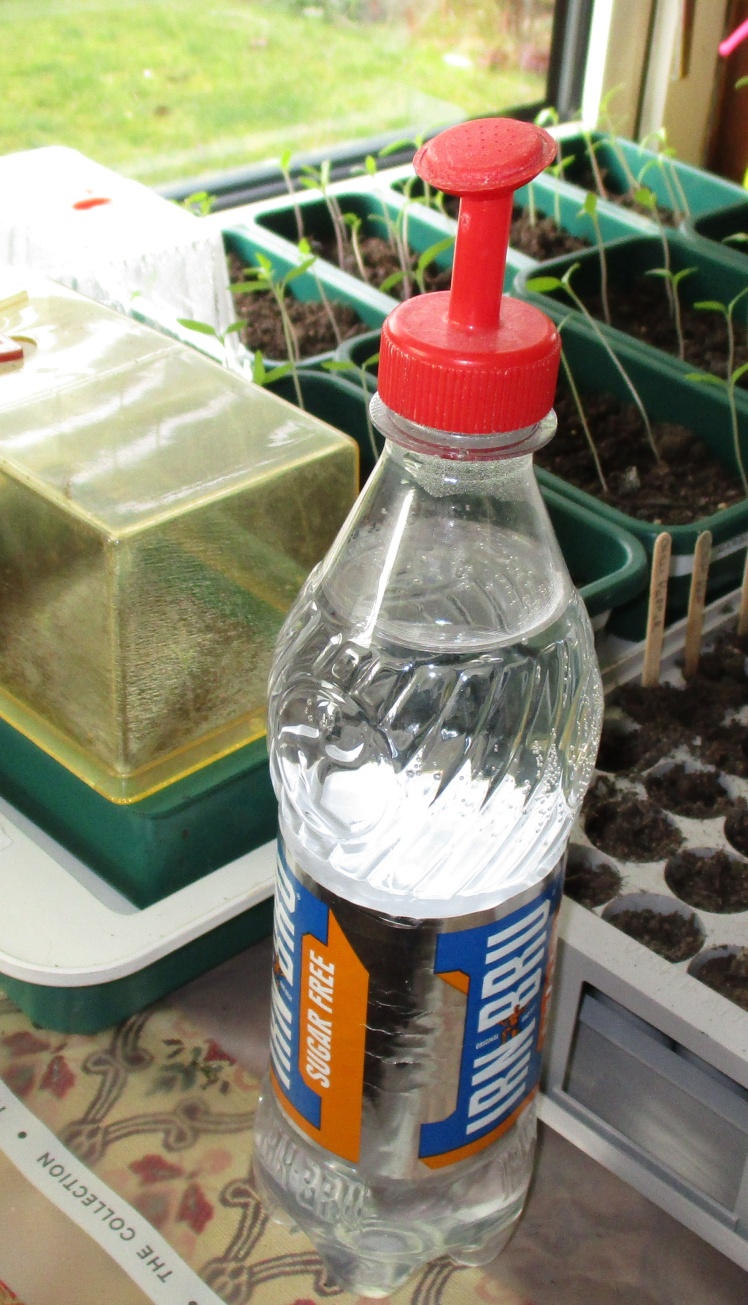 It doesn’t end there though. As a slug trap, a milk bottle with a window in it, filled with a tasty offering will have the slugs begging for more. It’s the yeast in the beer which makes it so successful. An alternative would be to mix-up some yeast, sugar and warm water (according to the directions on the packet). Similar to the ‘come hither’ scent of a female slug, it must be the only time a male is attracted to a female who smells of stale beer! I can get beer slops from our local hostelry for a slug pub, but in this case, I have used the yeast mix so it’s a slug patisserie. 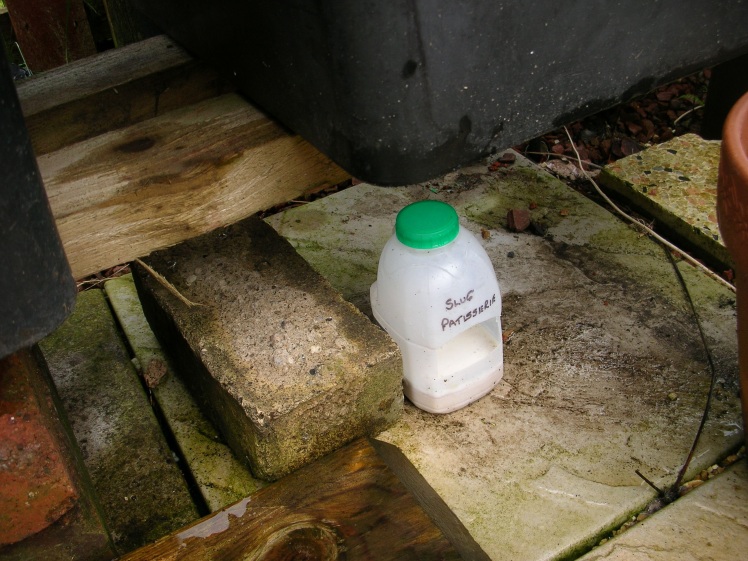 I haven’t even touched on other uses for plastic bottles, such as making handy little scoops from milk bottles, plant pots and even greenhouses. Plastic bottles may be the curse of the environmental nation, but they can have more than one use before they go for final recycling.

2 thoughts on “Hitting The Bottle”