Throughout the year, and especially at the beginning of the new year, seed catalogues flood through the letter box like there was no tomorrow. Besides the hard copy of the catalogue, you also get bombarded with emails from the same companies. If you do order something, then adverts pop up on your computer’s browser.

It may be nice to see what plants and produce are available but most of it is hybrids and the seed companies are in constant competition to be the first to introduce a ‘new’ variety of plant. The new plants may be interesting enough but what is wrong with the plants mother nature germinates on her own?

People have had beautiful and productive gardens for years before someone tried to make money from promoting super growth, if you use their product. Although my paternal family were involved in corn milling, farming and market gardening, I think I learned more from my mother who had no connection to gardening or growing at all.

My earliest memories are being in a house with a garden full of flowers and vegetables. The old favourites; roses, hollyhock, aster, lupins and any other plants whose cuttings accidentally fell into my mother’s hand when visiting botanical gardens. She taught me names of some wild flowers as well and let me have my own little bit of garden.

If the occasional horse passed along the road, it was obvious which neighbours had an interest in gardening. It was a race with bucket and shovel if the horse decided to deliver to the door. As far as I am aware, that was the only fertiliser which was used. We certainly had a very healthy rhubarb patch! There was a lot of recycling in those days, nothing was wasted and quite often ashes from the coal fire were also added to the garden.

Spraying greenfly with soapy water removes the waxy coating on them, so when it rains, they drown. A dose of garlic water is good for slugs. Perhaps that’s not quite true about it being good for them, more like good for us to use as a deterrent and to help get rid of them. Allicin is quite a potent chemical found in garlic so besides being a good deterrent, with any luck, it may kill the slugs as well. It also works on aphids and a few other pests. Zap a garlic bulb in about a pint of water, leave it for a few hours until allicin is released, strain and spray.

I also have little helpers to cut down the number of slugs, the frogs seem to be quite happy in a small pond which looks more like a pot of pea soup. Clearing the duckweed off it from time to time, also gives me something else to add to the compost. The pond may be small but it’s teeming with life, so I leave the pile of duckweed at the edge to allow the insects to find their way back home.

I do tend to leave ants well alone, they are little workers in the garden and although they have quite a big appetite for their size, are quite capable of doing the same amount of damage as slugs. Cornmeal (polenta) apparently is their store cupboard staple. A little bit of trickery is needed here. Mix a paste of boric acid and cornmeal, apparently the ants carry it back to the nest, feed it to the larvae which converts it to a liquid to feed the worker ants and there you have a double whammy. If you don’t want to kill them, lay a trail of cornmeal for them to follow, they might set up home elsewhere and leave your plants undisturbed.

Of course we can all buy seeds, but it’s easy collecting them yourself. My problem is not taking time to label them. My best effort so far is to use a wire hanging basket, paper bags and tiny bulldog clips. I can collect the seeds in a paper bag on which I can also write the name. Fold the top over and attach it to one of the wires in the hanging basket. I can also put a piece of kitchen roll in the basket and leave seed heads on it to dry. It keeps them all together and out of the way.

For fertiliser, I’ve made an addle of cow manure in a large tub of water, but a brew of nettles, comfrey or seaweed also makes excellent fertiliser your plants will thank you for. Indoors I only use cold tea oozing with nutrients, or calcium rich water eggs have been boiled in.

I am in favour of the ‘no dig’ method as it’s reckoned that digging churns up weed seeds and gives them the all-clear to start growing again. I tried adding wool pellets which are supposed to deter slugs then breakdown as compost. I won’t be buying them again, the slugs I have seem to like a woolly carpet.

I have Bokashi bins, unfortunately the garden isn’t big enough for the amount of compost it produces so I might pass them on to my daughter, who has an allotment. It’s an excellent method of turning all kitchen waste into a valuable fertiliser. The bran added to it contain microbes which neutralise harmful bacteria so then nothing need be discarded, including fats, meats, bones and dairy.

There is so much freely available without going to the expense of buying a cocktail of chemicals. Spent soil can be revitalised with an addition of minerals such as lime, bone meal and blood meal etc., as well as some matured compost. I’ve also known of a whole fish being buried deep in the soil under a plant, thus supplying the plants with food on demand.

I did have a wormery but realised that wasn’t much better than having caged chickens, so I let them go to be free-range worms. 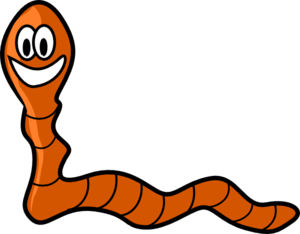 2 thoughts on “Don’t Believe The Adverts”